Recipe of the Week: Bakewell Tart

Save with Fantastic Deals!

Dairy Diary stickers save the day!

When is St Andrew’s Day?

When is Stir Up Sunday?

Perfect for your handbag – the 2021 Pocket Diary 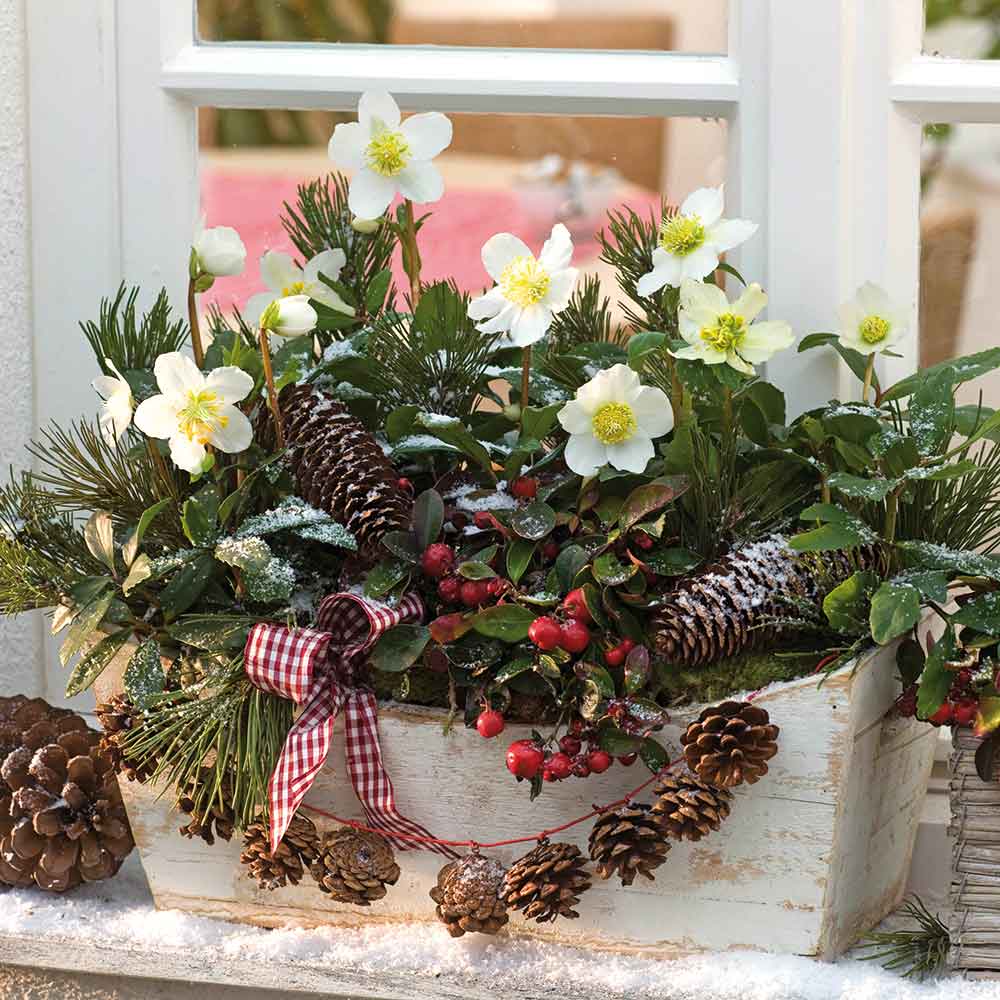 Christmas roses are one of the few flowering plants able to withstand winter temperatures – which makes them ideal for an outdoor winter windowbox.

Here they are teamed with conifer twigs, fir cones and gaultheria berries.

Plant your windowbox in late autumn. It shouldn’t take more than an hour to complete.

2. Line the container with broken crocks, then fill three-quarters full with compost. Check the level of the rose rootballs, then plant into the compost, firming in. Add compost to within 4cm (1½in) of the rim. Water in gently.

3. Now tuck in the pine twigs and wintergreen sprays all around the Christmas roses, aiming for a ‘full’ effect.  Tie the gingham ribbon in a bow around a thin bamboo cane or stick and tuck it into the front of the display.

4. Attach the small fir cones to the string with short lengths of wire to make a garland, then hook it over the front of the box with bent wires. Place the box in position on the windowsill and arrange the large fir cones in and around it to complete the decorative effect.

For an extra Christmassy effect, lightly spray the fir cones with artificial ‘snow’.

The large creamy white flowers of the Christmas rose will gradually turn a soft pink as they age.

Water the Christmas roses if the weather is dry. Keep a lookout for slugs and snails and pick off any that you see. Dismantle the decorative elements when Christmas is over. In spring lift and divide the Christmas roses if they have become overcrowded, planting them out in the garden in humus-rich moist soil in dappled shade (not full sun). If you want to keep them in the windowbox, water well and feed with a general-purpose fertiliser.

This project is taken from Seasonal Garden Ideas. 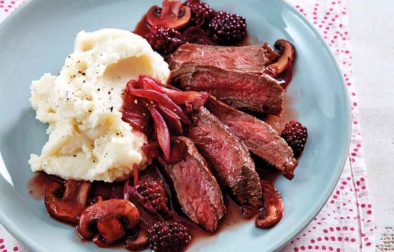 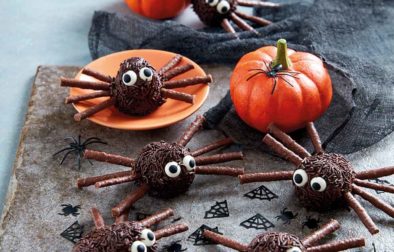 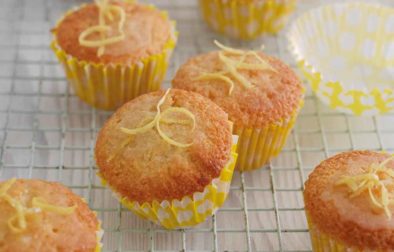 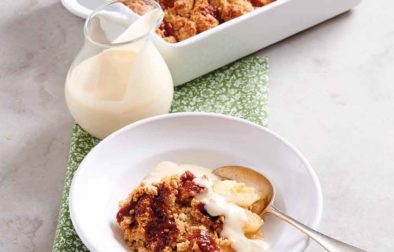